National Scrapbook Day was also the day of the San Diego Scrapbook Expo. I got a TON of good deals at the Anaheim expo and I used almost all of what I got in the short time between the end of February and the beginning of May. SO, Mike agreed to take me to the San Deigo Expo. I was really excited because some of the booth's that I'd enjoyed and dropped big bucks at in Anaheim were going to be present in San Diego and I could stock up again. Plus I could get some random little things that I don't really like having to order off the internet.

But I was a bit disappointed. The stores that were fabulous in Anaheim just didn't "bring it" in San Diego. They had less inventory and the things I was hoping to re-buy or stock up on just weren't there. I did manage to get some good deals. Mike helped me out at the Prima booth, holding and counting my packages so I could get the best deal. I'd forgotten my wallet too, so he was "payment man". He was really good though, quietly following behind me, typing on my phone, as I searched through the booths I was interested in for goodies.

This is everything I got, spread out on our bed as I did before, hehe. I took advantage of the new CHA releases being present to snag some more MME Follow Your Heart papers and embellishments because I'd been using them so much. I also got some of the Queen & Co. washi, cos it's pretty and it's nice to be able to use a ton of something on a project without worrying about using it all up. Mostly what I picked up though was flowers. I've been using a lot of them lately, finding them fun, so I'm just going with it. I find I like these packages better than the whole "bottle of flowers you'll never use up" because, well, the likelihood that you'll use them up is higher. As I said, I used up all the package I bought at the Anaheim Expo, so I needed more. I *did* get two bottles, but they're various colours in the one bottle, and pure white in the other, easy to colour with my Copics to suit my project. 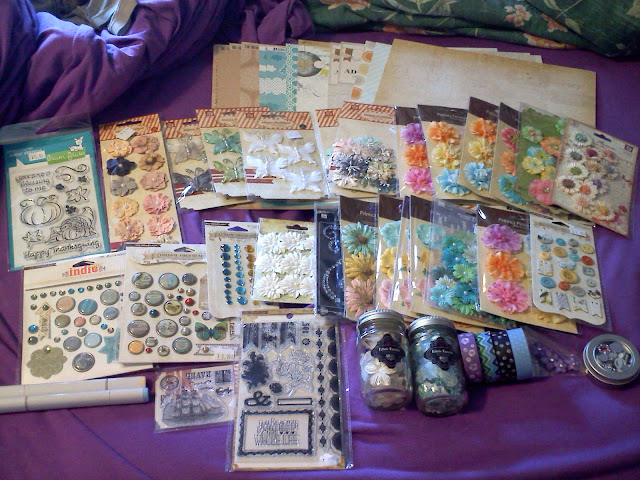 I also got this really cool little tin of embellishments. One place had a lot of bins that you could pick and choose what kind of bling and bits you wanted. I filled a $4 tin to the bursting point so that when I use the new flowers that I got (the ones that don't have centres) and the flowers I already have (none of which have centres) I can put a little crystal in the centre and have it look more "finished". Yay.

This here is my embellishment drawer. With all the new embellishments I bought I had to shuffle things around in the drawer. Look how full it is! And it's so great because I spent the whole of Sunday using a lot of the MME embellishments and a few of the bottled flowers on the scrapbook pages I posted previous. I like when I bring new stuff in and then get to use it right away. 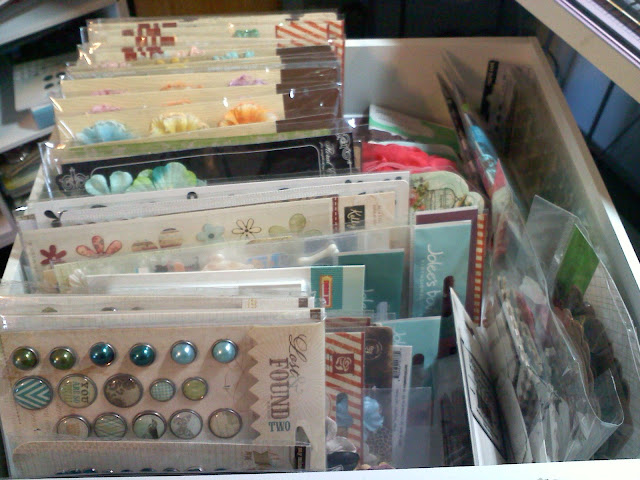 I also got to see this on our trip. 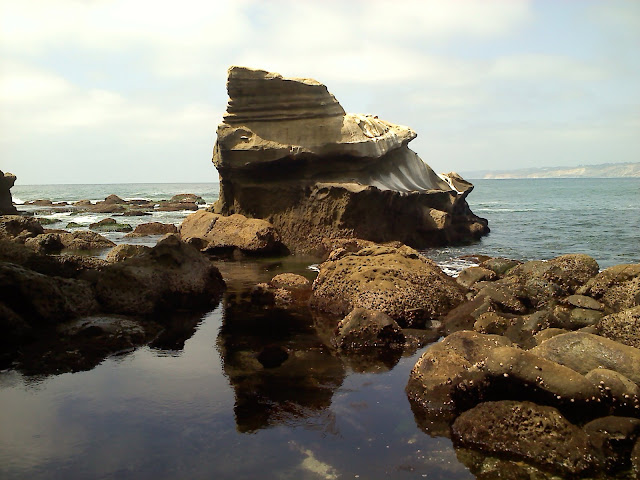 And do this. (socks cos I really don't like sand between my toes) I'd been wanting to go to the beach and Mike found a cool tide pool beach for us to visit. We even got to see sea lions. I wish I'd brought my swim suit, because there were people out swimming with them, and it would have been awesome. 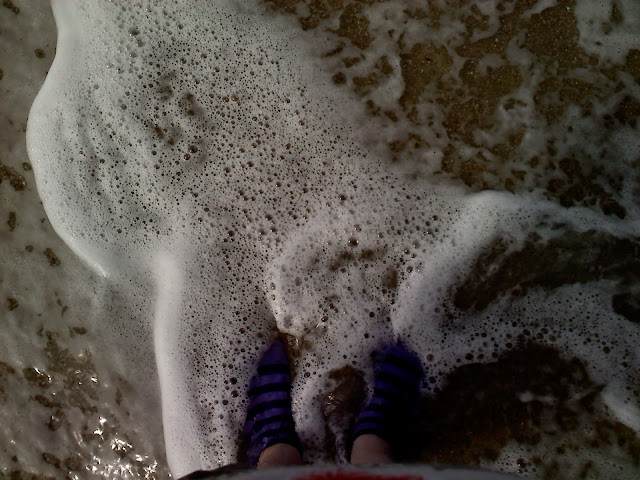