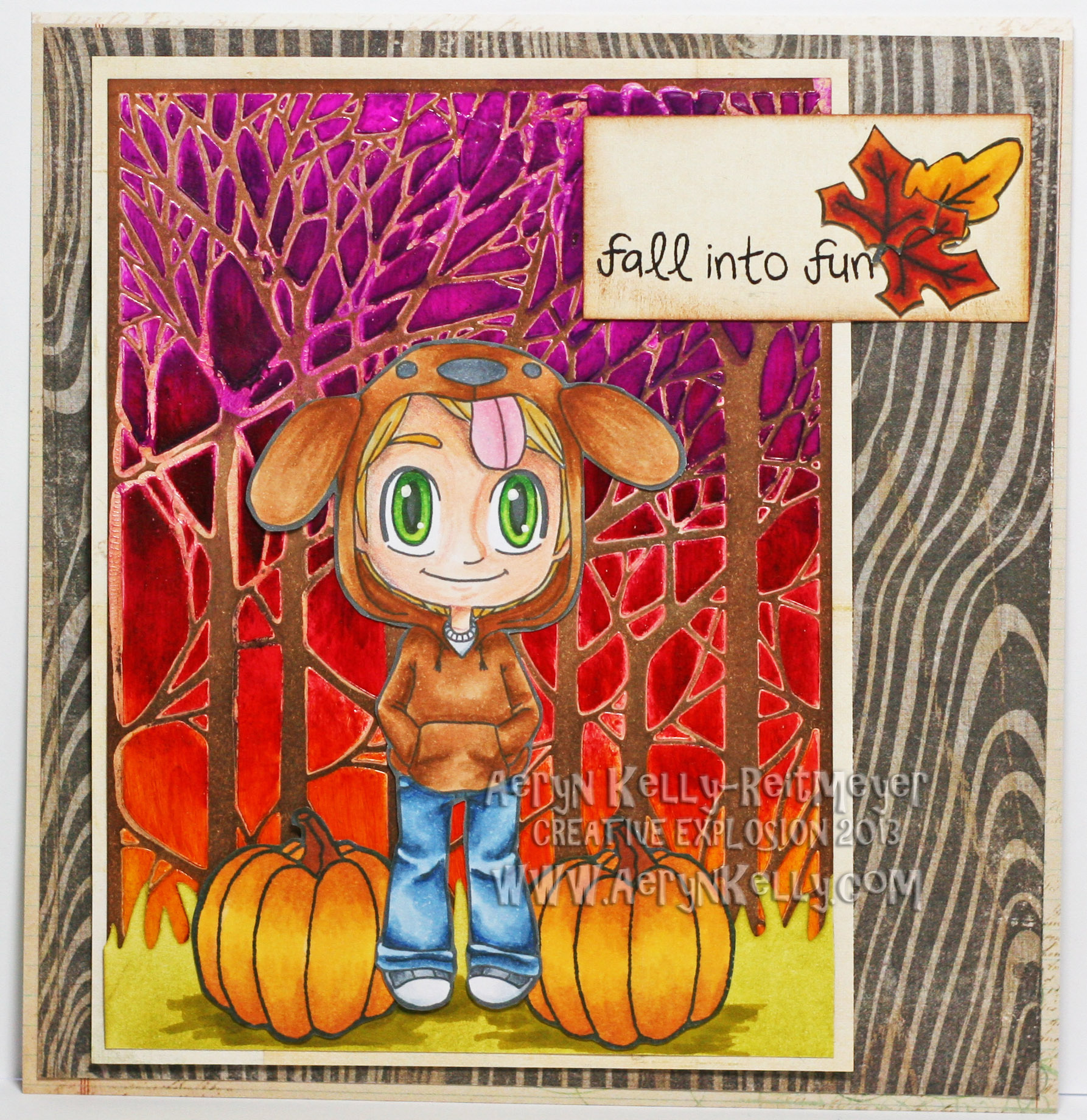 A friend of mine guesting on the Dreamweaver stencils DT and her prize package inspired me to break out the stencils that I got in TWENTY-ELEVEN at the Copic retreat I went to. Yeah, I bought them, slight discount, and never used them. ((head/desk)) I tried this idea with my Distress Inks, but they don't like the embossing paste *at all*, nor does the embossing paste like my shitty paper from Michael's. Ugh. So I had to try again and I used alcohol inks instead, since knew the Copic airbrush works, but I was too damned lazy to break out my airbrush. I probably should have though, cos those alcohol inks are HARSH on the breathing. Anyway, then I paired the scene with some punched grass, Puppy Tobie the digi, and some pumpkins. I attempted to make a speed colouring video for Tobie, that's why he looks like crap, but I  accidentally pulled the image off frame or way to the bottom right of the frame so it's not really something you want to watch. I'll try again. I hope everyone likes this, and also, it *needs* to be Fall already.