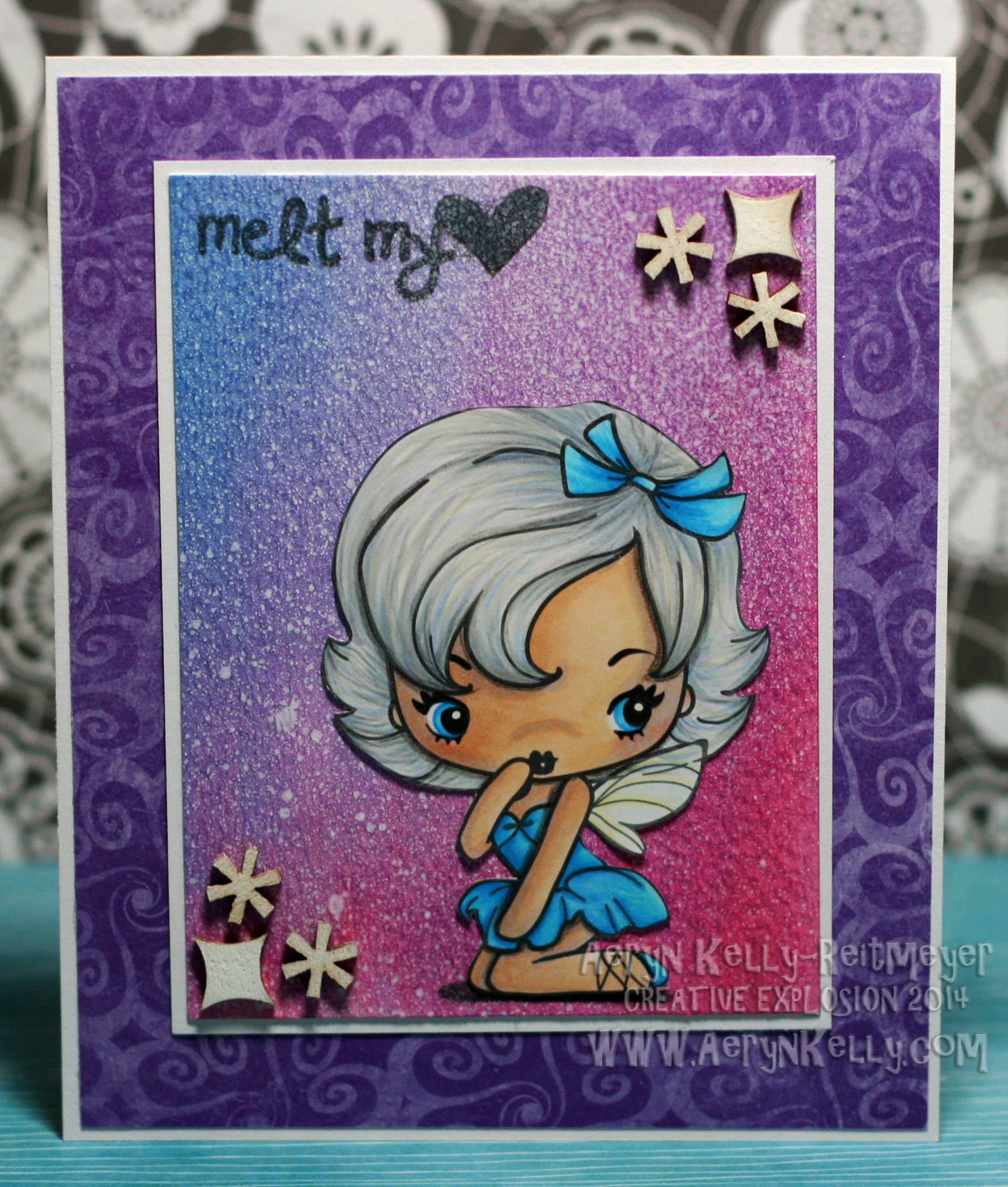 I took a surprisingly long time on this digi for something that is only 3" high and I'm not the biggest fan of the "Cheeky" series from The Greeting Farm. While I'm cheeky, I don't tend to be vapidly sexual while doing it. If you can't tell, the entire artistic side of the Internet has gone Frozen crazy and so I was inspired by Frozen for this one. Listening to "Let it Go" on a loop actually. If you've seen Elsa anywhere, you'll see it in this image ((shifty eyes)) probably.... Anyway. I took a surprisingly long time making this since I coloured her in Copics and she was perfectly serviceable. Then I realised that I haven't combined Copics and pencils in a while, haven't taken my time in a while, so I just went at her hair to give it more definition. I think the biggest impact was her eyes though. It's a lot easier to make that THIN THIN THIN line around the edge of the iris with a pencil tip, I can tell you! And then enhancing her make up with a black pencil helped too. After I'd spent so much time on her I realised I had NO IDEA how to make her into a card so I broke out my watercolour set, some watercolour paper, and just set to playing. The watercolour background looked really plain though so I tore through my really old supplies and found some white acrylic paint, dumped it into an empty mini mister, and thinned it out with some water. Obviously I need more practise with misting, since even though I sprayed it really far away it got all clumped in one area (I tried to trim it as much as I could), but I'll try again and hopefully get better.