Today's Studio Monday is going to be short and sweet (but with lots of goodies for you) because I'm still doing really poorly health-wise. We found out I have had pink eye since last monday and on top of my other medication this has been a really bad month for me.

The only bright spots of the last week were packages in the mail and the field trip I had planned for when I was *better* from my Cipro reaction. With the pink eye I obviously didn't get better, but we went on the trip anyhow! (I had the added excuse of needing to go down the hill to get medication anyway) 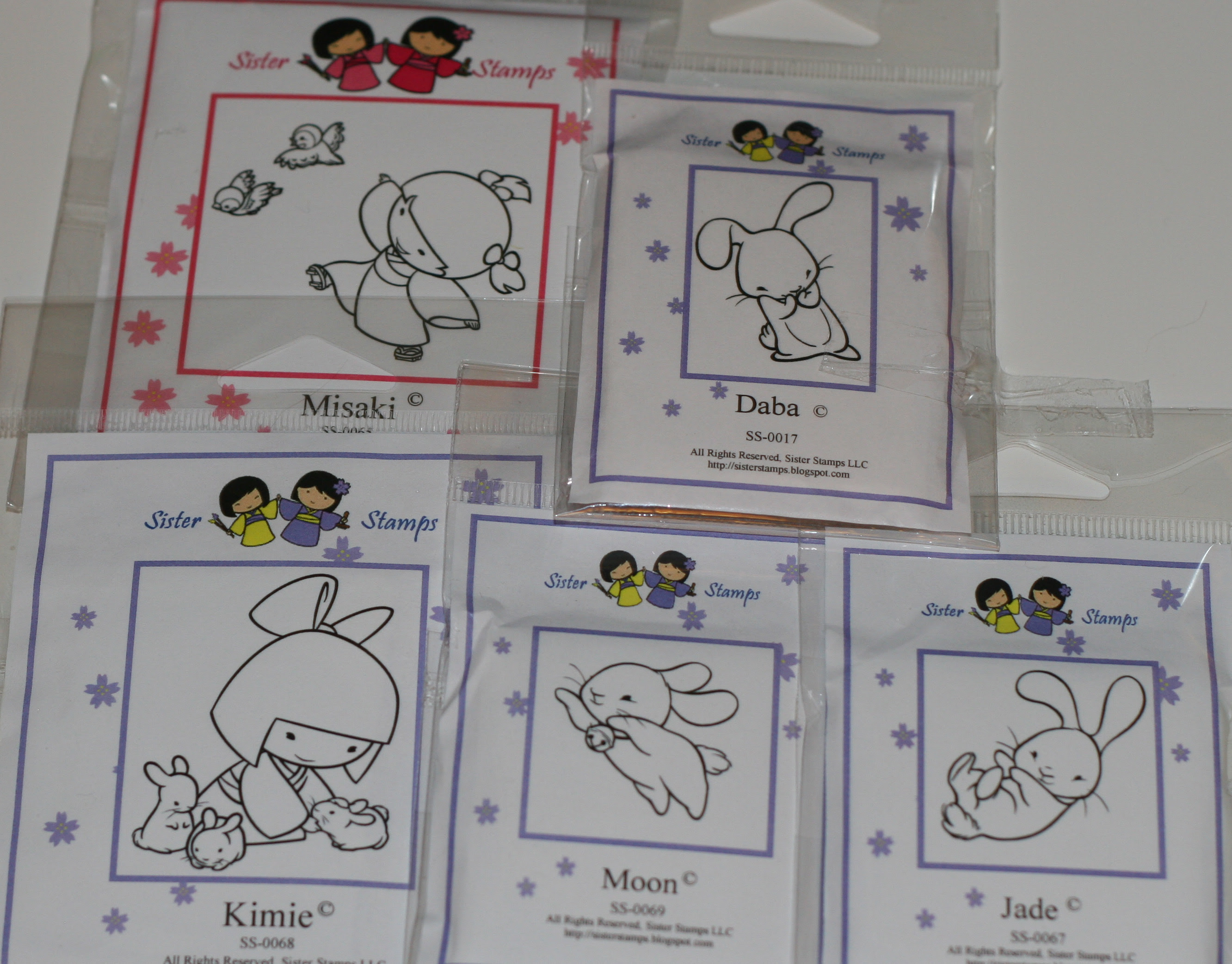 First came a package from Hanko Designs that I'd ordered weeks ago of Sister Stamps' new March release. Aren't the bunnies just too cute?! I love these little Asian stamps (they're made by two gals in Hawaii) and I think these are perfect for Spring. Since Spring came right after Fall here they're pretty appropriate! 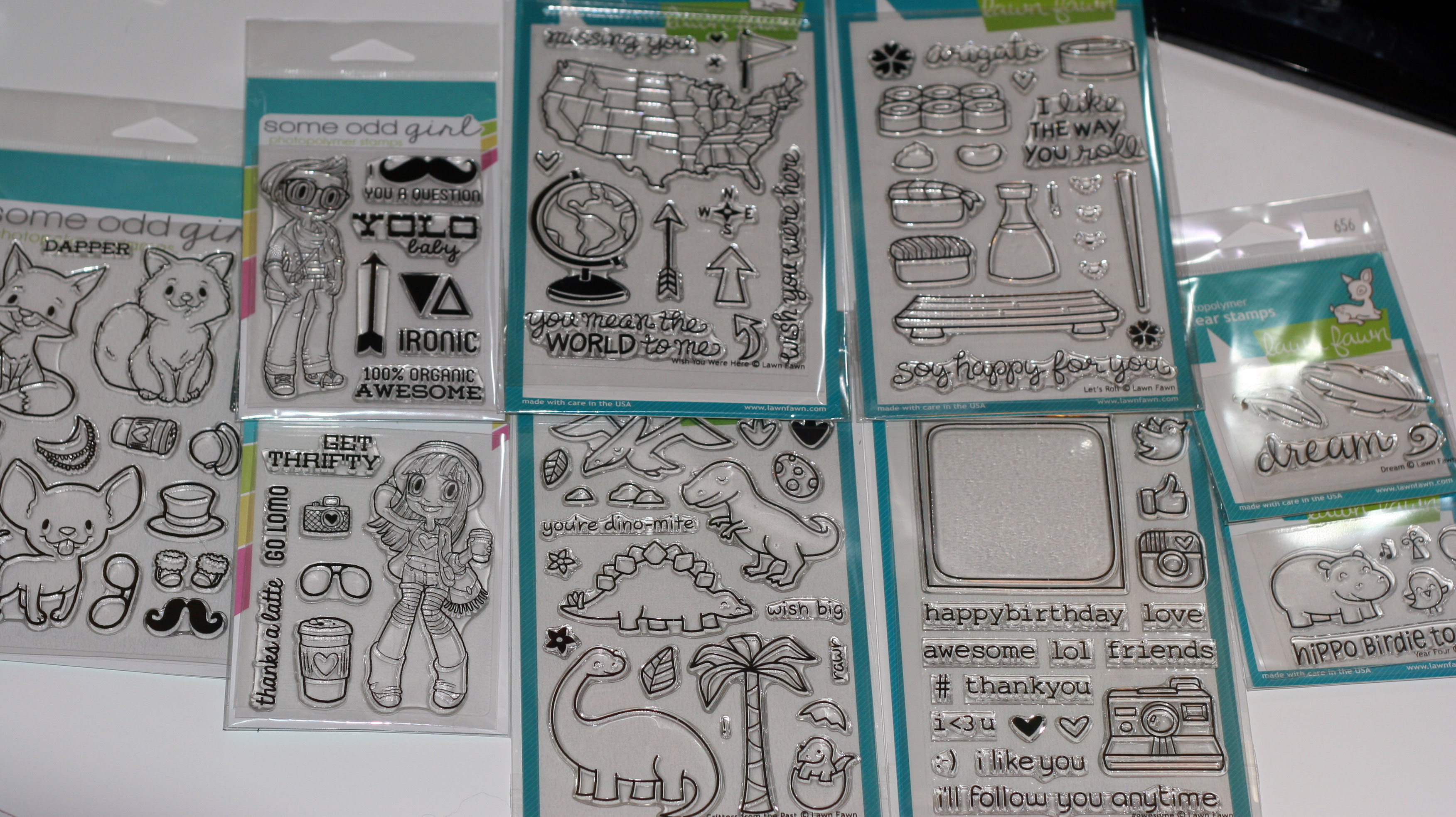 The next day came two packages. Some Odd Girl had a sale on their new Hipster release (on the left - I mentioned the card challenges they were having when I posted a few cards down blog) so I snapped them up and they came in the mail along with the last Oozak package from my January order. The thing that sucks about pre-order is the money's been spent but sometimes the goods don't come until months later! This time it was Lawn Fawn that was lagging behind and I can't wait until I'm well enough to get started on making some of the awesome things I've seen people make with ALL of these stamps! 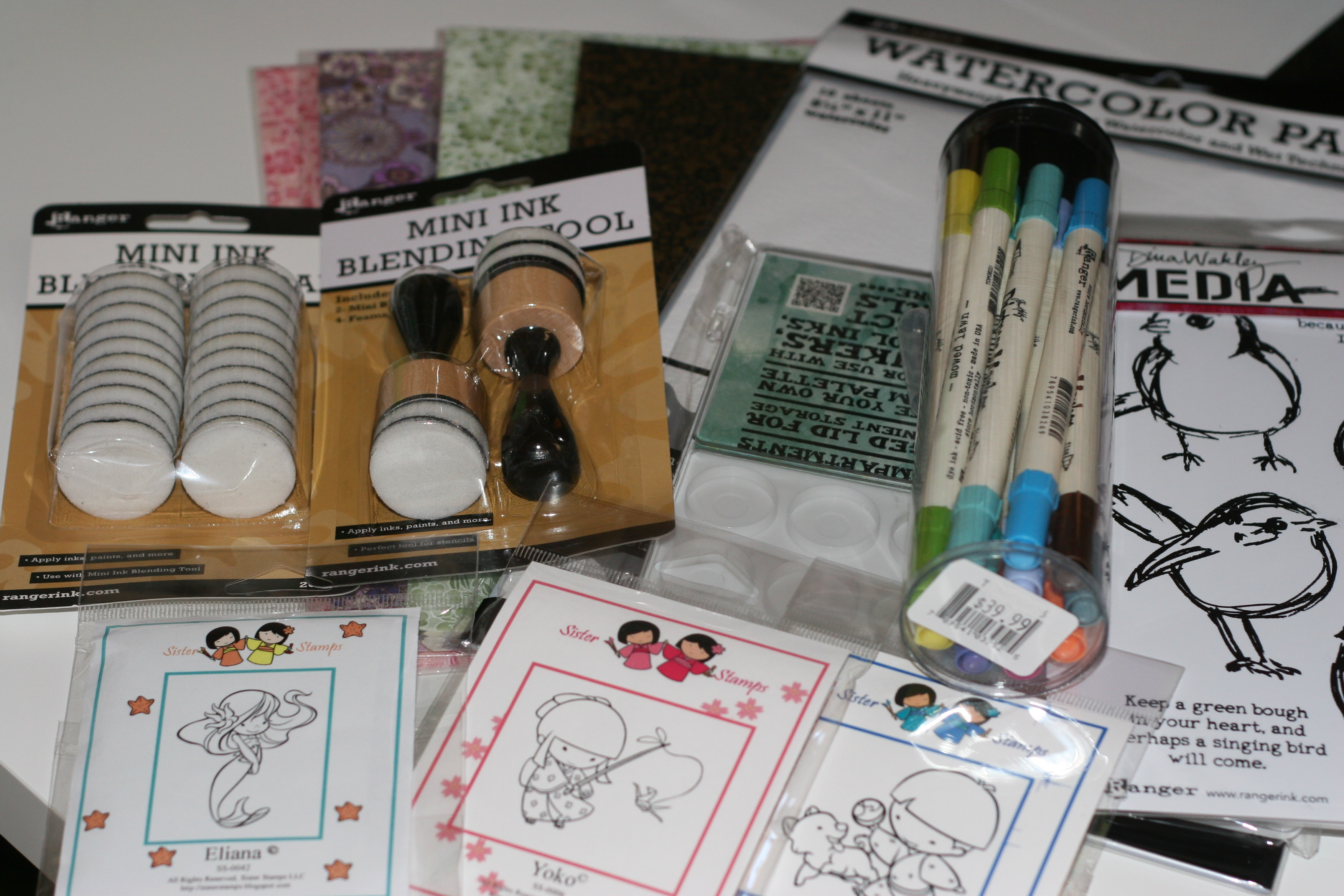 My last picture is the haul I got from the Rubberstamp Show that was held in Carson, CA on Saturday. Remember that field trip? Yeah, I'd been planning it the whole week, do some make and takes, check out stamps, spend recklessly... Once I found out how contagious I am I wanted to make sure to limit my contact with others. The fact that I probably caught this from someone at the theatre or the grocery store and that it puts my fur-kids at risk (not to mention Mike), I'm all the more determined not to pass this along to the unsuspecting public. I have CF, usually what I get can't hurt anyone normal, so it's weird to be contagious. Anyway, I still wanted to go in spite of this and in spite of the fact that I was having serious trouble seeing, so I made sure to make quick passes through the booths, I stayed away from people (non-contagious as long as I don't touch my eyes), had Mike carry and pay for everything, and at least I got to pick up some fun stuff. I stopped by the Hanko Designs booth and picked up a few more Sister Stamps, though the ones I really wanted were already sold out. I picked up some really nice washi paper (in the back) which will be fun to use with the stamps but also just for regular projects. Another booth there seemed to have the entire Ranger Ink CHA catalogue. I was able to restrain myself, not fly completely off the handle in the face of so much pretty, but I did pick up a plastic palette, some adorable bird stamps, the remaining Distress Markers from the last releases, the new circle blender tool, and some watercolour paper to try out, see if theirs is better than the stuff I got at Joann's. I'm glad they didn't have more stamps for me to go ga-ga over, actually. Though they might have and I just wasn't able to see them!

I'm sorry this is all I have to offer right now, that posts have been so sparse; not a daily dose of something pretty, and that I've been so negative lately. I'm honestly tired of it myself and tired of feeling so unwell. I have one more week of Cayston, more eye drops than I can count, then a doctor check up, and hopefully I'll get to being back to normal.