Last Monday, you'll remember, I brought you the story of how Alex came to live in my space, but I neglected to show you the bottom drawer of that lovely unit. Here's why....

In 2011 I went on a flower craze. Perhaps you were a follower then. If you weren't, suffice to say I used a lot of flowers on my cards and even some on my scrapbook pages. I got them mostly at the Scrapbook Expos because there were a lot of deals there and Prima in particular goes to sell older stock at really cheap prices. 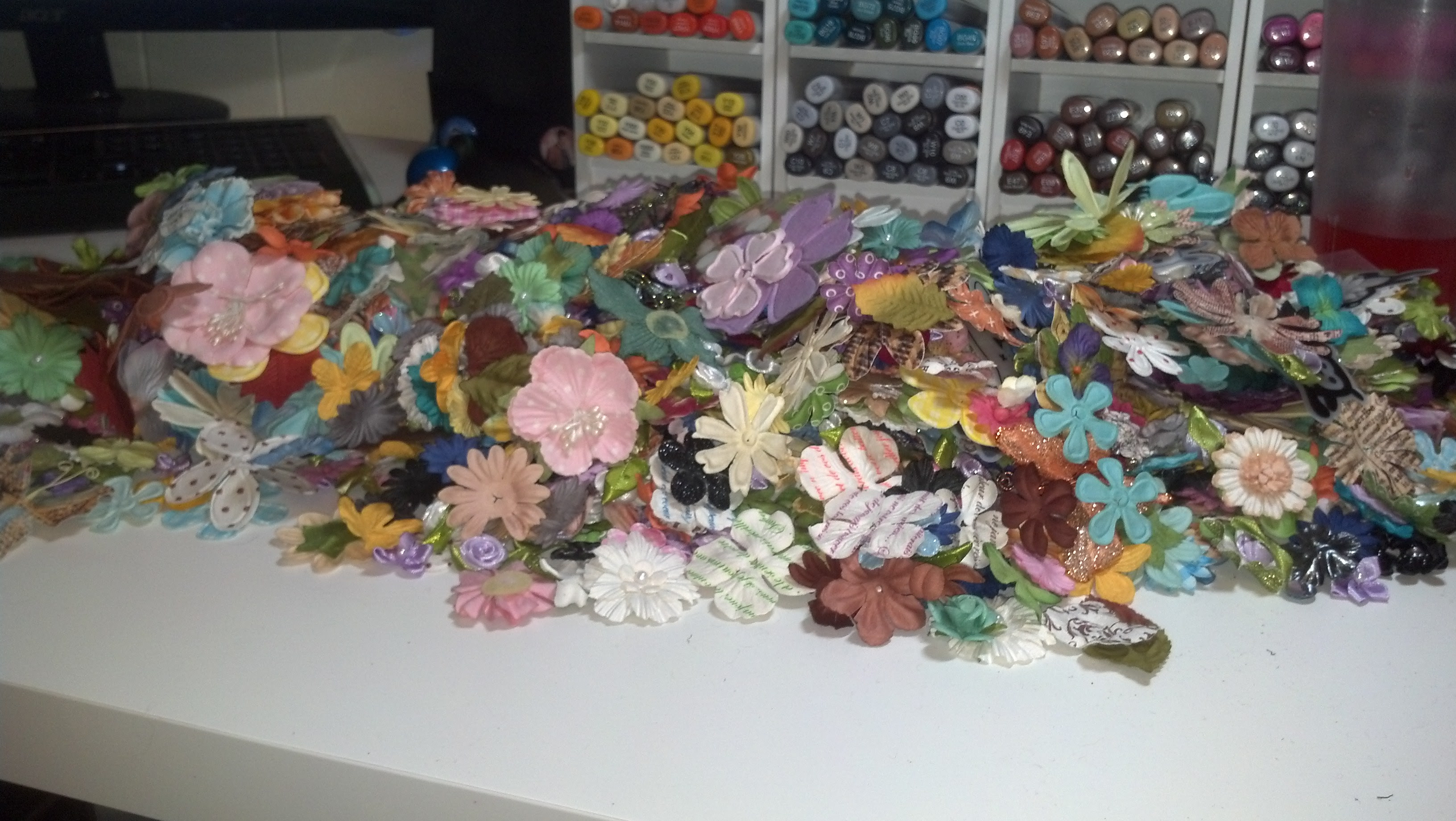 Once upon a time I kept all the flowers in their packages and bottles and what have you. It sort of worked, but I found that those packages took up a lot of space that I just didn't have. So instead of using an entire drawer of my old Jetmax cube I ripped open all the packages, divided it into *half* and just sifted through the pile of flowers, usually finding something that might work better than others. In getting rid of the Jetmax cubes, however, this is the problem I was left to deal with. A big, huge pile of paper flowers. 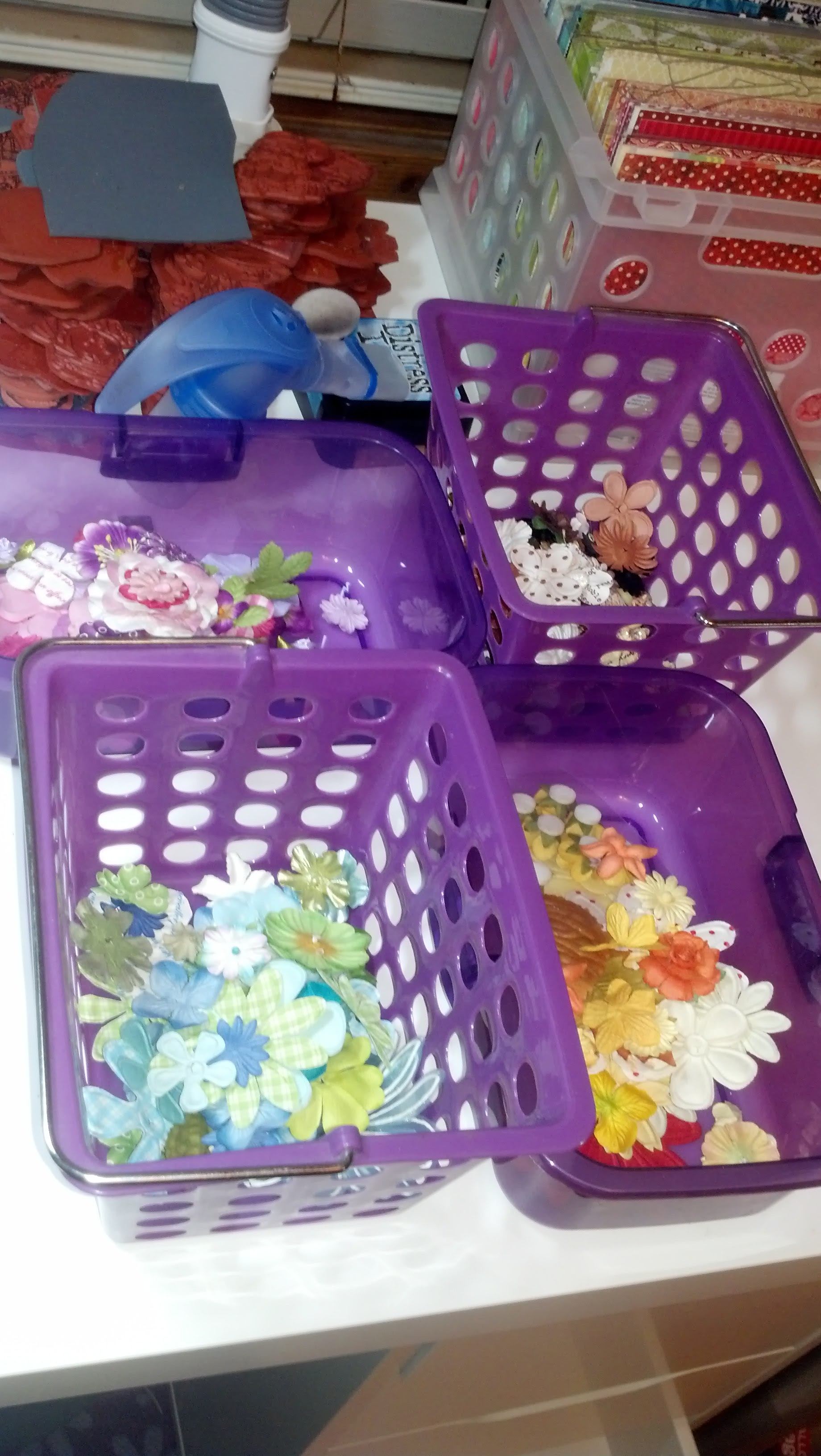 As I was telling you last week, I got bins from the Dollar Tree to help me organise in the new Alex unit and they only had a few purple types of bins. I figured all of those could go on one drawer to look nicer. Then I thought, even with three bins, I could manage to organise my flowers a little neater within the drawer, keeping the new Alex unit tidy. So I chose the bins thusly: Red/orange/yellow, green/blue, purple/pink, and brown/white/black/cream. Then it was just a matter of putting on some Futurama and sorting them out. 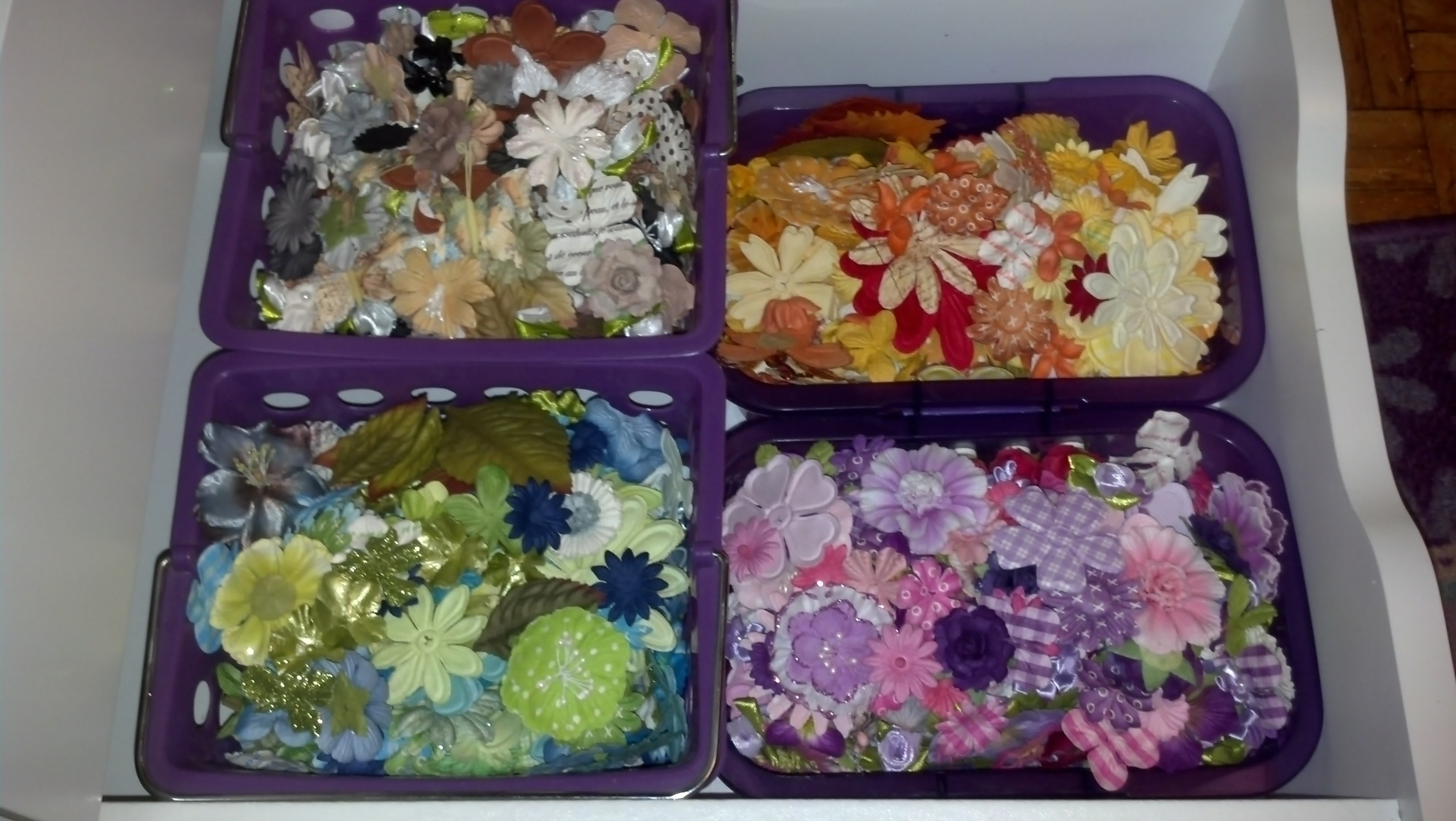 It didn't take me as long as you might think. It was a VERY large pile of flowers, more flowers than is probably healthy for someone who isn't that huge on flowers anymore, but I think in this set up they might actually get used up more. Don't they look pretty, at least?

I hope you liked this post and you'll stick around to see if I manage to actually make a dent in this rather large stash of flowers. It took a long time to collect this many though, so I'm sure it will be more than a few months to use them up! Thanks for visiting!