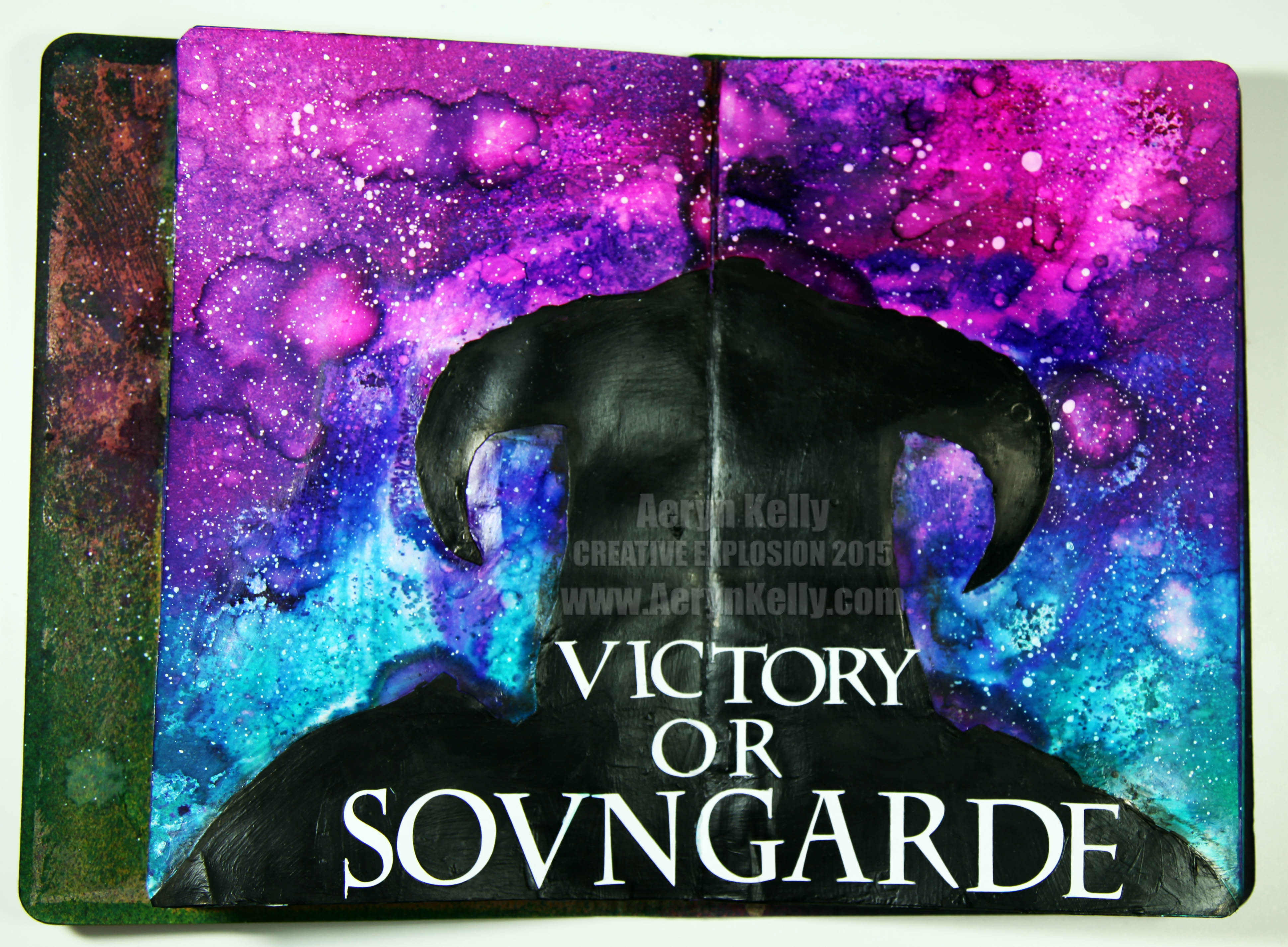 Hello, all! Today I have something I'm actually really proud of. You know those moments where you get an idea, you sit down, work and work and work, and it actually comes out the way you wanted? Or sometimes even *better*? That's what this project is. I woke up early on Tuesday because I had a migraine, and maybe that helped, but I was quickly struck with an idea I wanted to do in my art journal. I had the idea for a silhouette and one of the slogans from Skryim, sort of a heroic type thing. I looked up references from the video game The Elder Scrolls V: Skyrim (if you're unfamiliar, here's a quick overview: "Skyrim's main story revolves around the player character's efforts to defeat Alduin the world-eater, a Dragon who is prophesied to destroy the world. Set two hundred years after the events of Oblivion, the game takes place in the fictional province of Skyrim. Skyrim continues the open-world tradition of its predecessors by allowing the player to travel anywhere in the game world at any time, and to ignore or postpone the main storyline indefinitely.")

I found reference photos, drew out the silhouette, glued it down with gel medium, and then brought out my sprays. It took most of the day to get the background the way I like it. If you want to see more about that, you can check out my video. It's done on canvas, but it's basically the same idea. I sat and surfed the internet and sprayed and spritzed the whole thing with water over and over and over again and finally decided it was time for stars. Thousands and thousands of stars! I then covered the silhouette in black paint, then the Pitt Pen because my paint wasn't dark enough. I then cut my words out with my Cameo, glued them down with gel medium, and it was done! I hope you like it, even if you don't get the game reference!

This is the reference photos I used. Photographed by an Imgr user whose name I cannot find. I've taken thousands of photos myself before, but can't find them and don't have a character currently that has done the main story quest for this game. 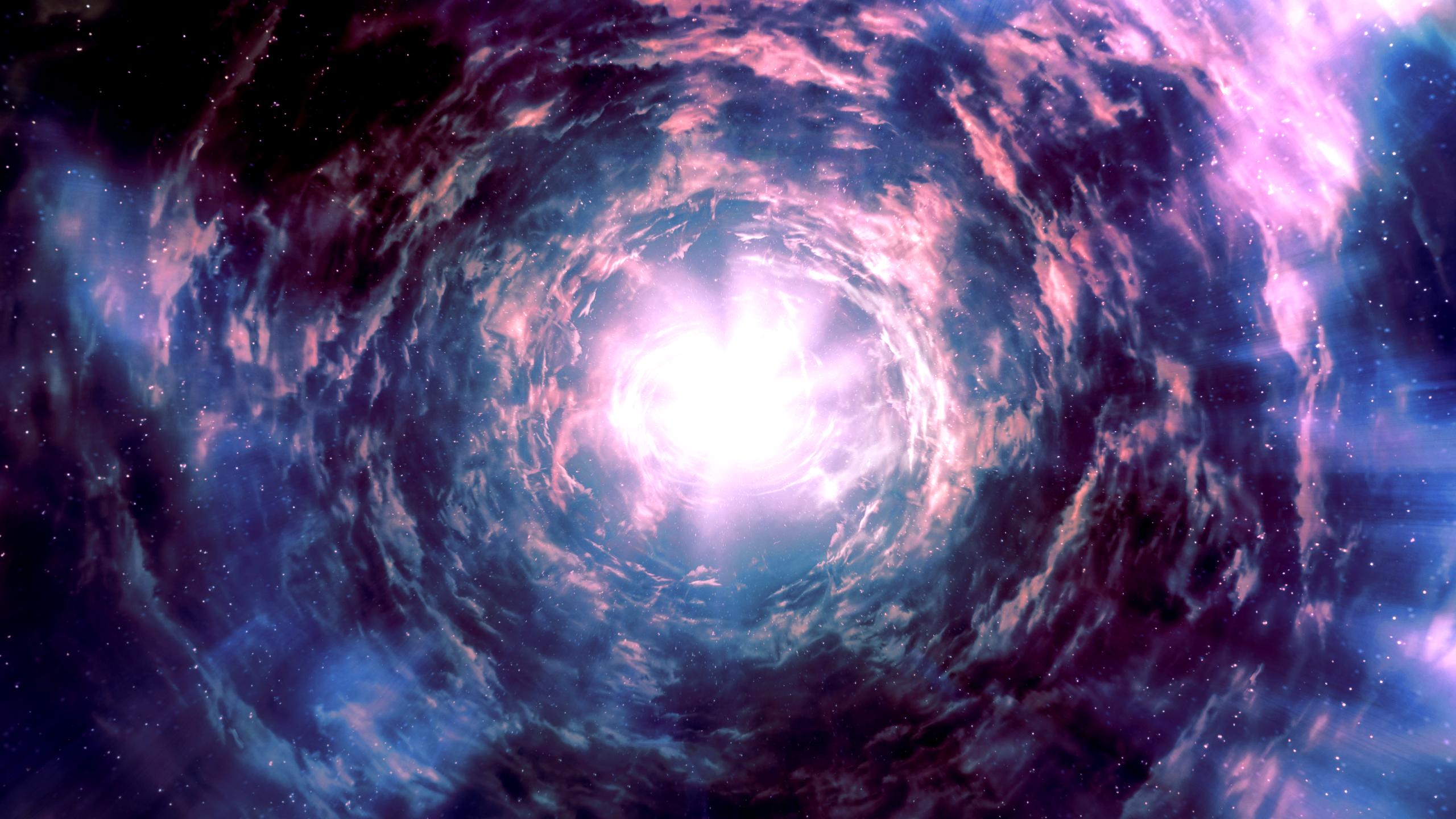